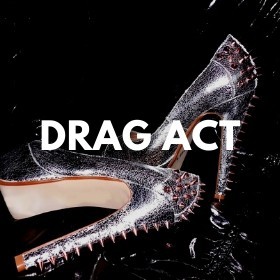 We would like a short drag show, maybe even just 3 or 4 songs, preferably things like Patti LaBelle, Erykah Badu or Aretha Franklin, any entertainer who’s energetic and dances a lot!
We’ll be throwing my partner (we’re a gay couple) a Halloween themed party for his 39th birthday, and would love to give him a show as a gift since he used to do male drag in Houston TX and loves drag entertainment.
It will be at a Airbnb rental in North Miami Beach, by the pool area, where they have a big screen projector where we can play any kind of video.
I expect it to be no more than 20 people.
I can’t afford more than $200 but will encourage everyone to bring change for tipping.

Thank you in advance

This job post has recently expired but we can help you get more gigs & jobs just like this one!

Option 1. Scroll down to view our latest live worldwide gigs, jobs & auditions that you can apply to right now!